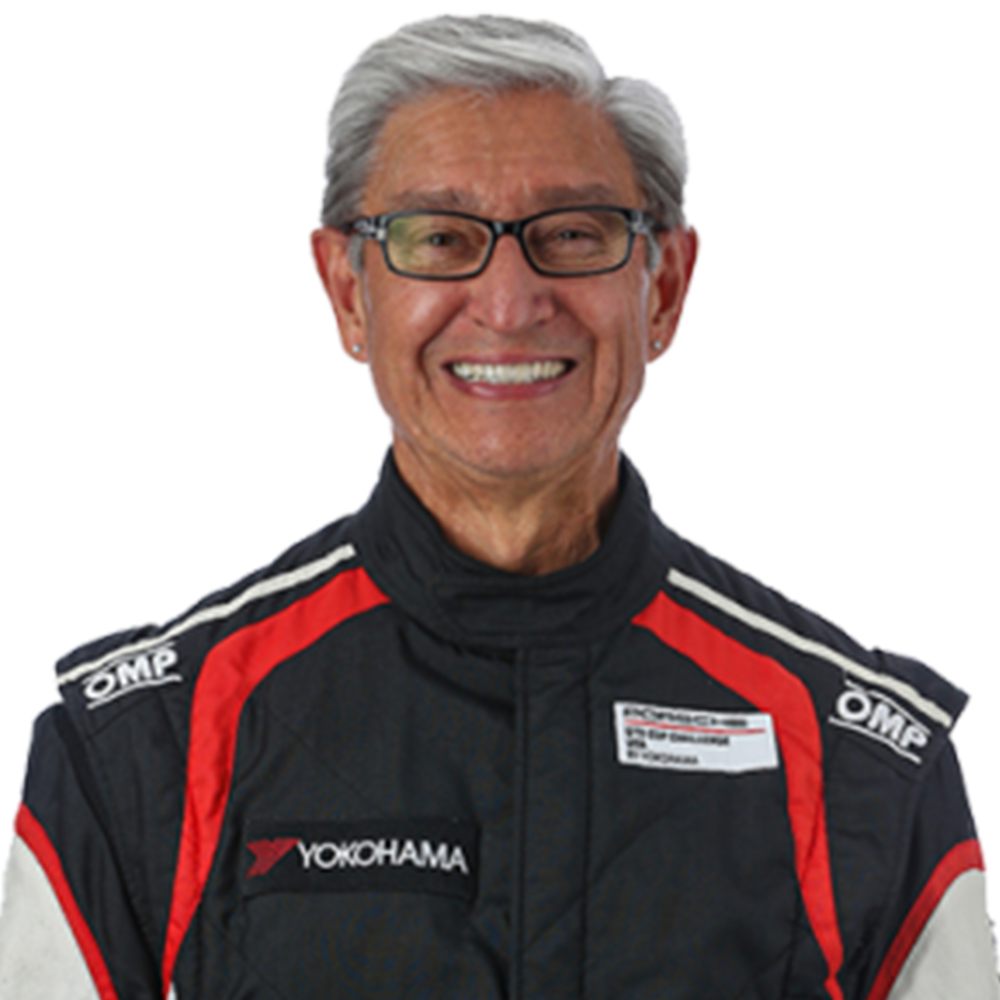 David Brule has been with the Kellymoss family for decades, and is now fulfilling his dream of running a full season in GTD. David previously participated in the 2004 Rolex 24 with Jimmy Johnson as a co-driver. 2023 finds him piloting the #92, bringing his amazing sense of humor, along with his experience and success from multiple series, including standing on the podium in 2022, his first year in Michelin Pilot Challenge. 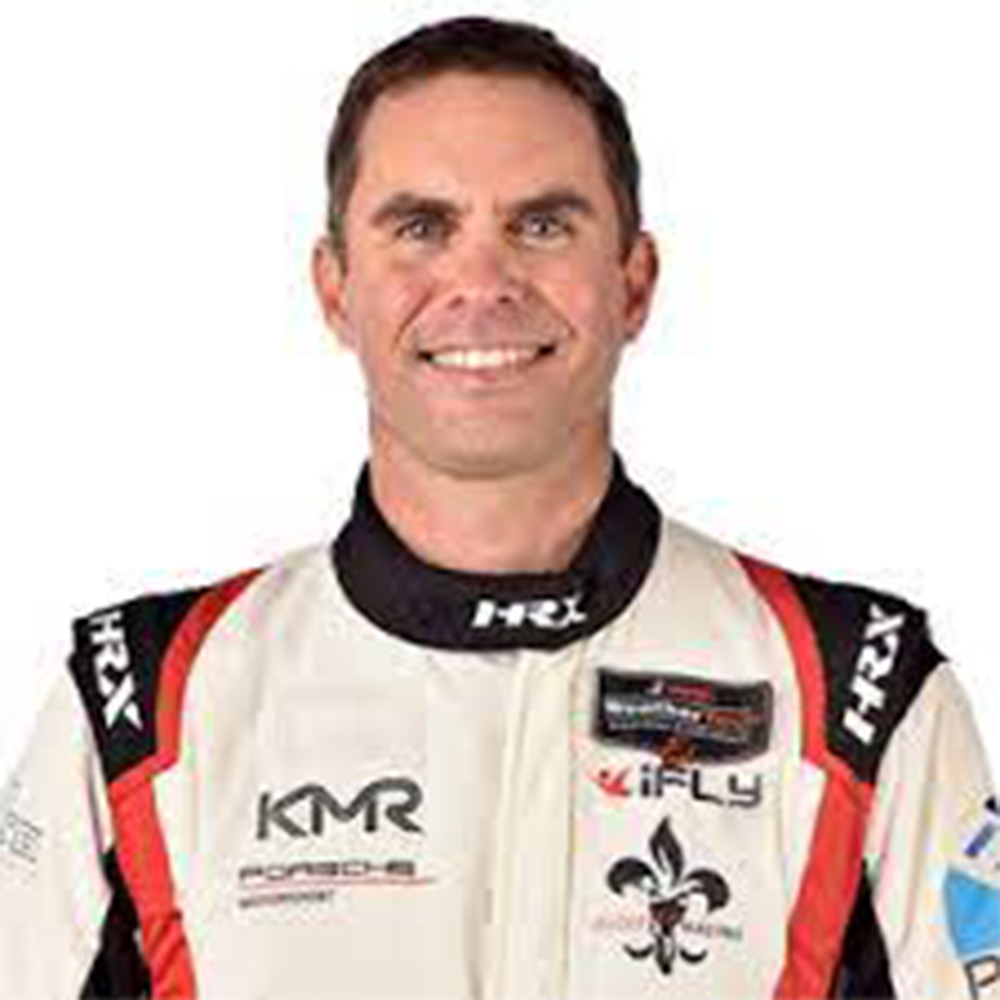 Andrew Davis is a longtime Kellymoss driver coach, and himself an accomplished racecar driver. Andrew is a Rolex Sportscar Championship champion, Continental Tire Sportscar Challenge champion, with dozens of wins and podiums across his decades-long career. In addition to his coaching duties, Andrew will join the #92 Kellymoss with Riley Motorsports Porsche 992 GT3R in the GTD class this season. 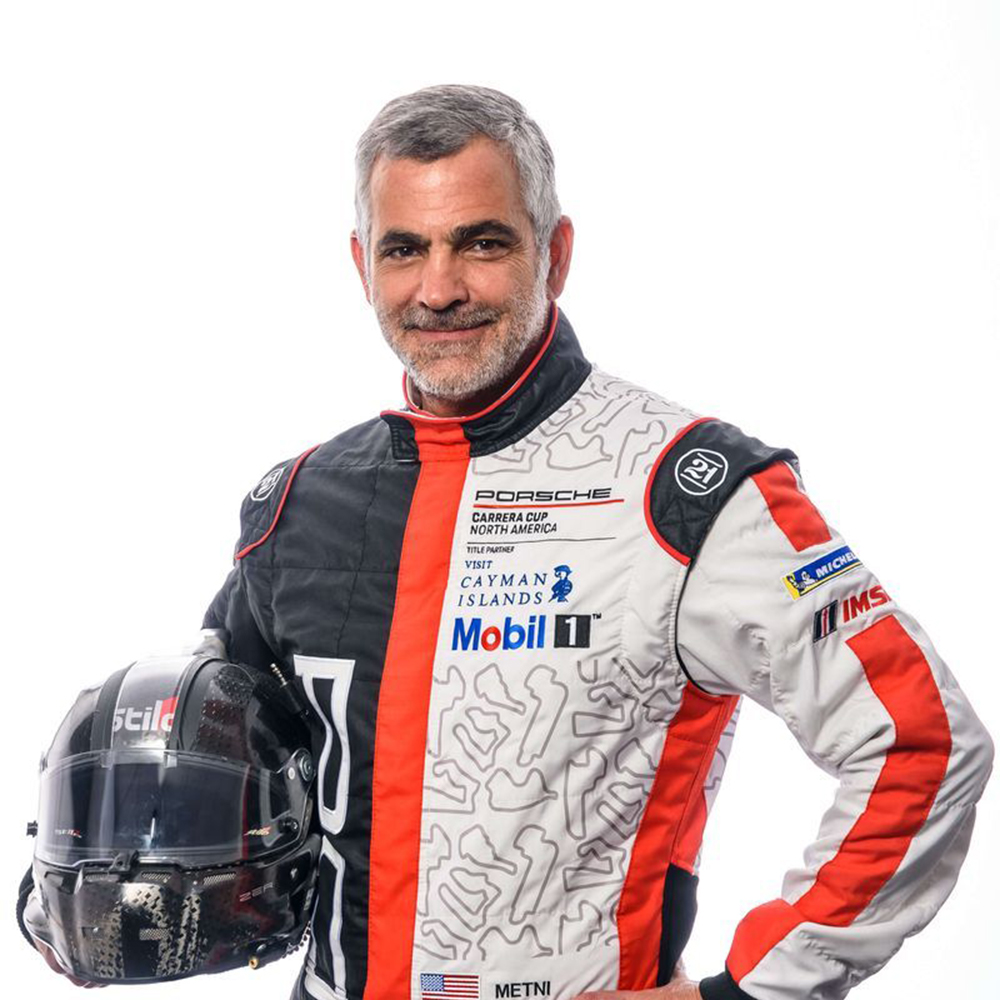 Alan Metni is a 5 year veteran of the Kellymoss family. In this time, Alan has accomplished 4 class championships in IMSA GT3 Cup and Porsche Carrera Cup. In 2023, he will move up to the Weathertech Sportscar Championship, driving the #91 Kellymoss with Riley Motorsports Porsche 992 GT3R in the GTD class. 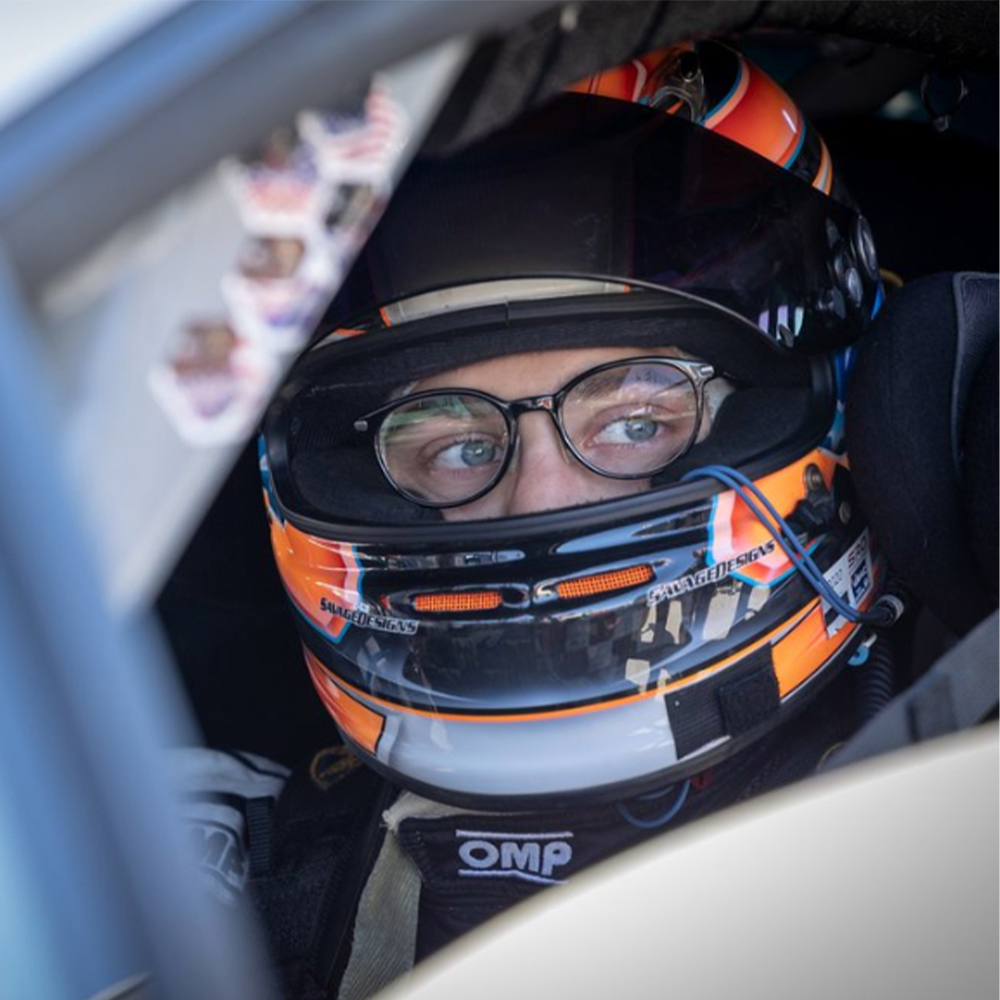 Alec Udell is an accomplished international racecar driver and a longtime member of the Kellymoss family, both as a driver and driving coach. His career accomplishments include championship wins in the SRO GT4 European Silver Cup Championship, and Pirelli World Challenge GT Cup class. In 2023, Alec will be driving the #92 Kellymoss with Riley Motorsports Porsche 992 GT3R in the GTD class. 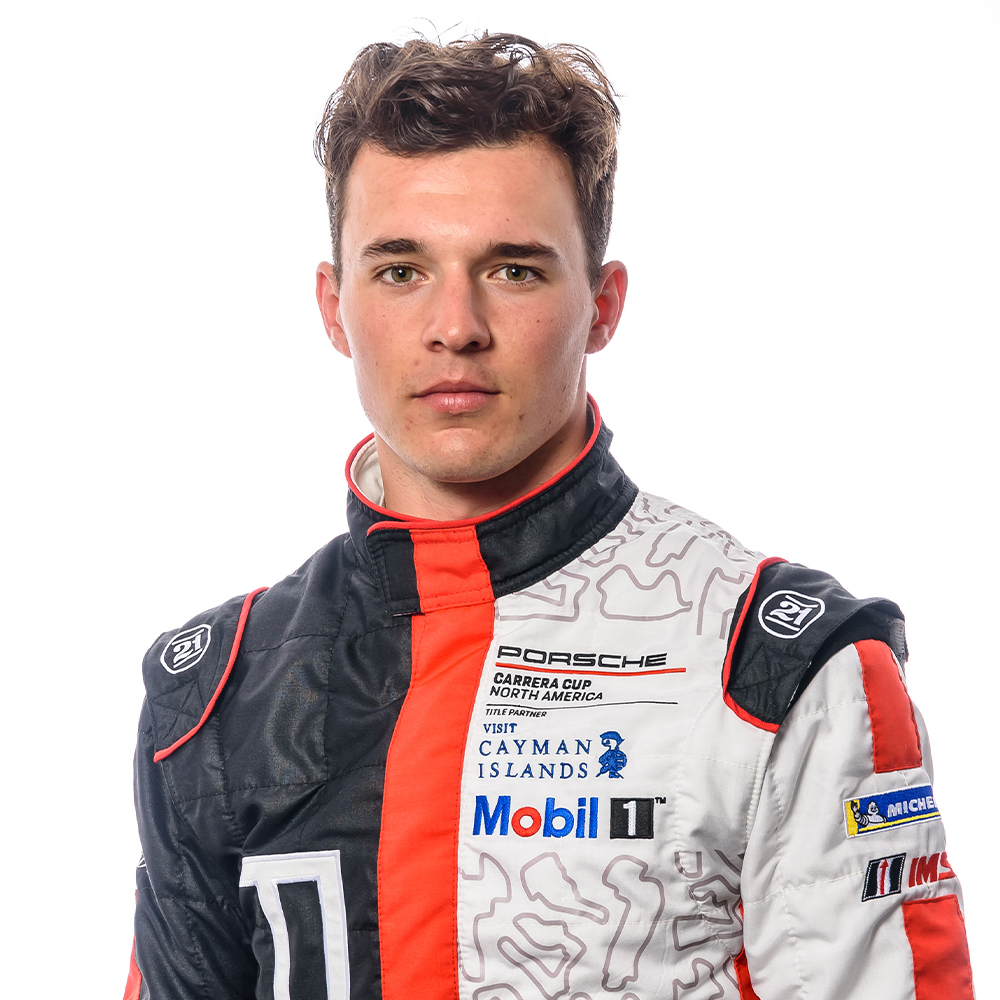 Kay van Berlo returns to Kellymoss for his 3rd season with the team. Kay is coming off of two strong runner-up seasons in the Carrera Cup North America Pro class, as well as recent victories in the European Le Mans series, Asian Le Mans series, and a class victory at the Rolex 24 at Daytona. Always a fierce competitor, Kay will look to emulate this success in 2023, driving the #91 Kellymoss with Riley Motorsports Porsche 992 GT3R in the GTD class this season. 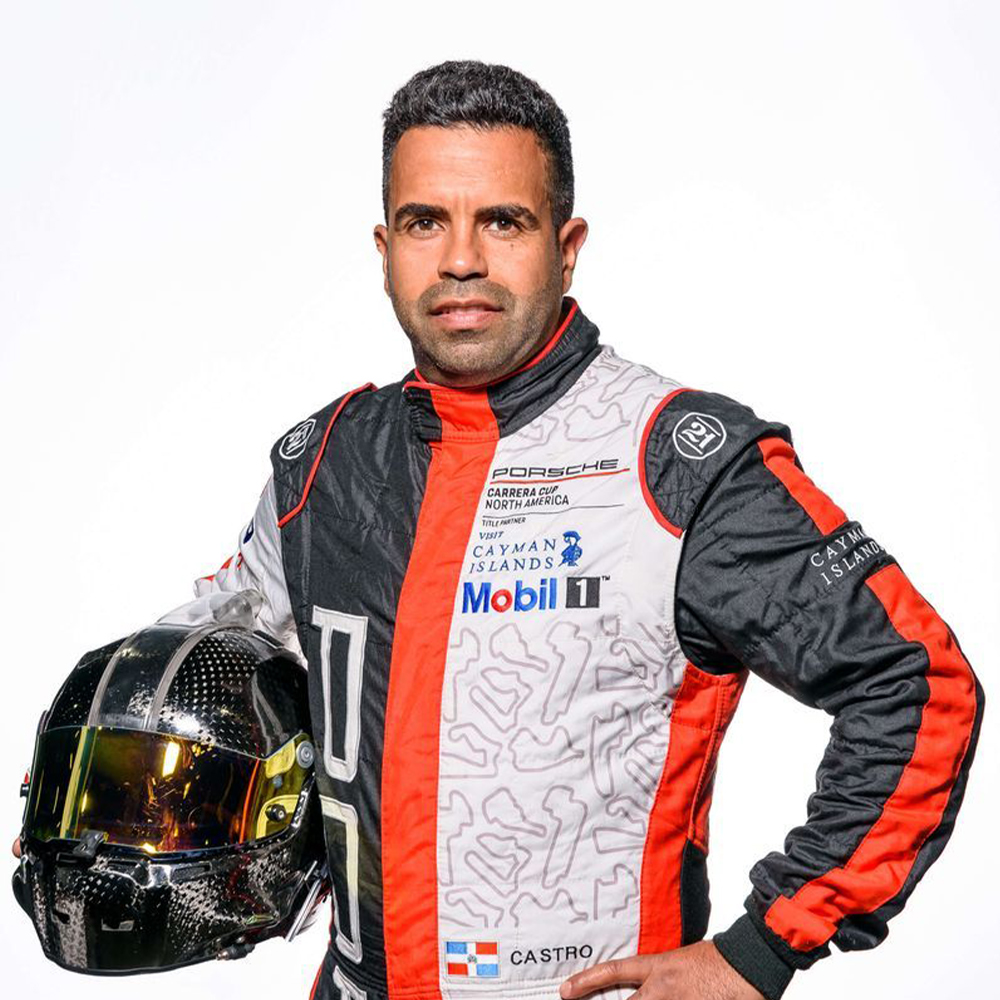 Efrin Castro joined the Kellymoss family in 2022, coming off a championship title in the Porsche Carrera Cup North America Pro-Am class. 2022 saw 9 class victories for Castro, as he finished vice-champion in the Pro-Am class. Efrin will look to carry that success into 2023, continuing in the Carrera Cup Pro-Am class for the season. 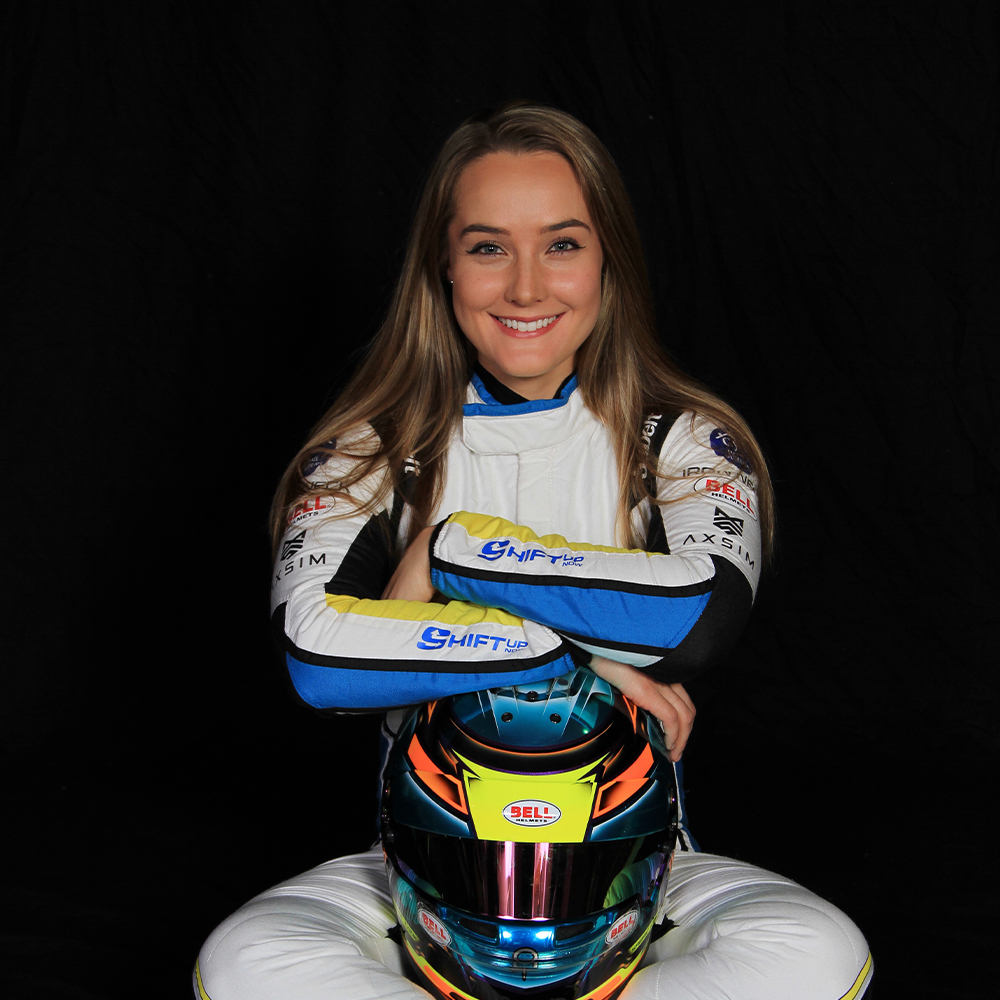 Sabré Cook joins the Kellymoss team as the winner of the Kellymoss female driver shootout. Her resume includes 3 seasons in the W Series, Team USA Scholarship finalist, Mazda Road to Indy Scholarship winner, as well as her work as engineer, working for the likes of Renault F1 team and Paretta Autosport in Indycar. Sabré will compete in the Porsche Carrera Cup North America in the Pro class in 2023. 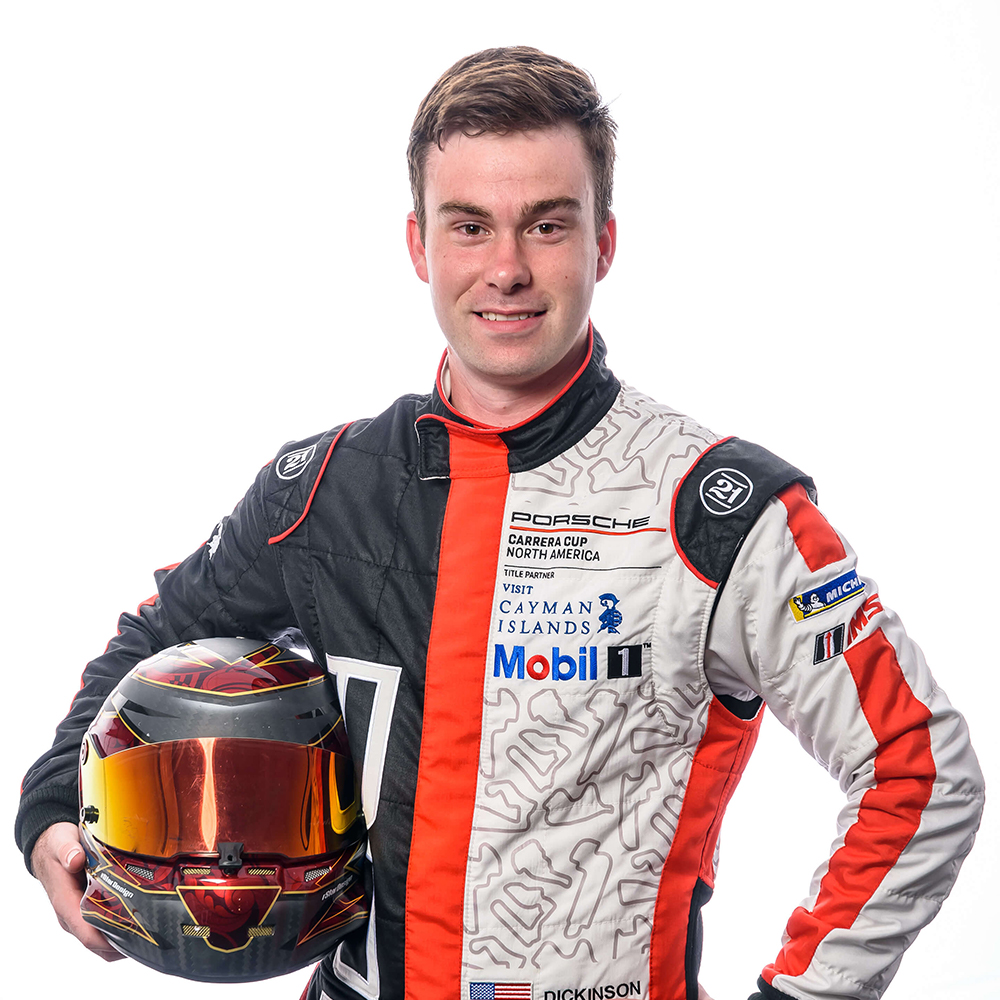 Riley Dickinson joined the Kellymoss team for our 2022 season in Porsche Carrera Cups, claiming 11 podiums including a win at Indianapolis, and took 3rd place in the Pro championship. We were excited to have him on our team, as he is a fierce competitor. His resume includes national champion in SKUSA karting competition, recipient of the IMSA Hurley Haywood GT3 Cup Scholarship and a solid GT3 cup win history. 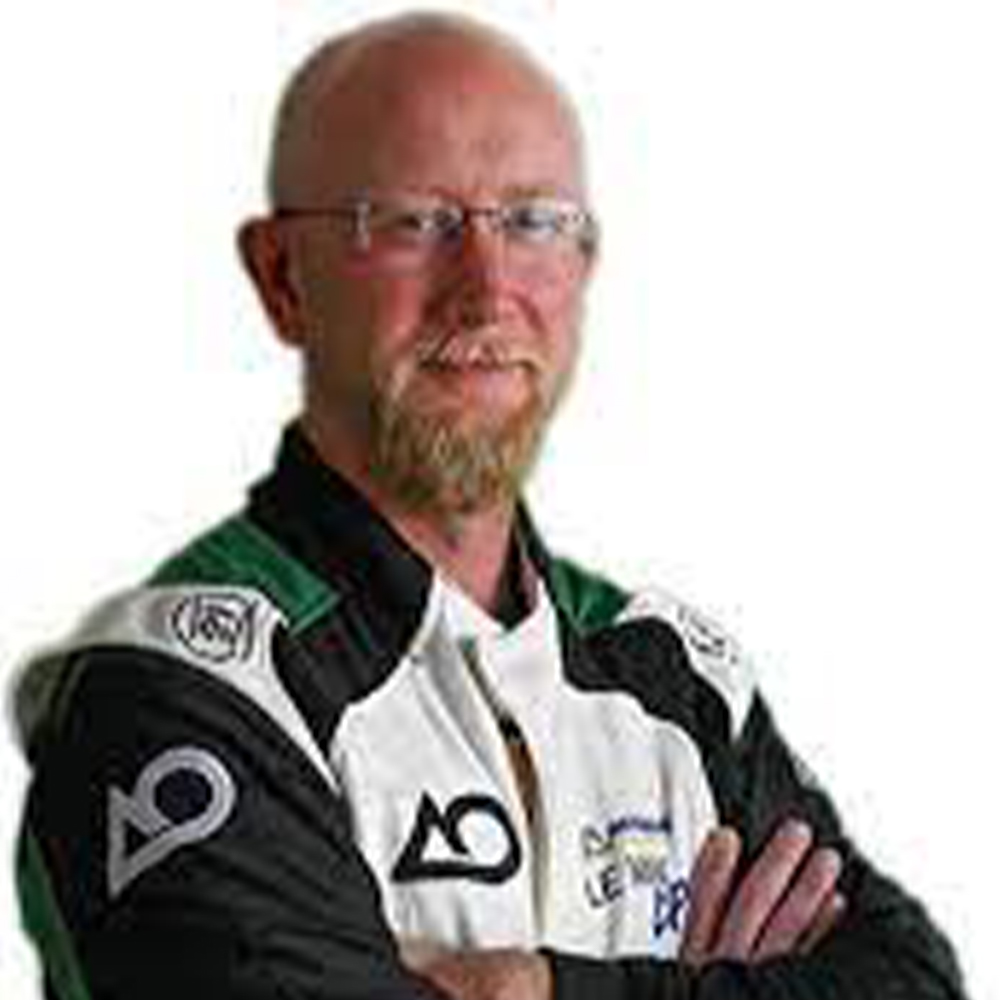 PJ Hyett started with Kellymoss in 2022 with a mission & focus to get himself to the 24 Hours of Le Mans. PJ will be running with our team in 2023 in the Porsche Carrera Cup North America, along with several other racing programs to gather all of the experience possible to further his racing career. We will find PJ as a friendly competitor in the GTD race program. 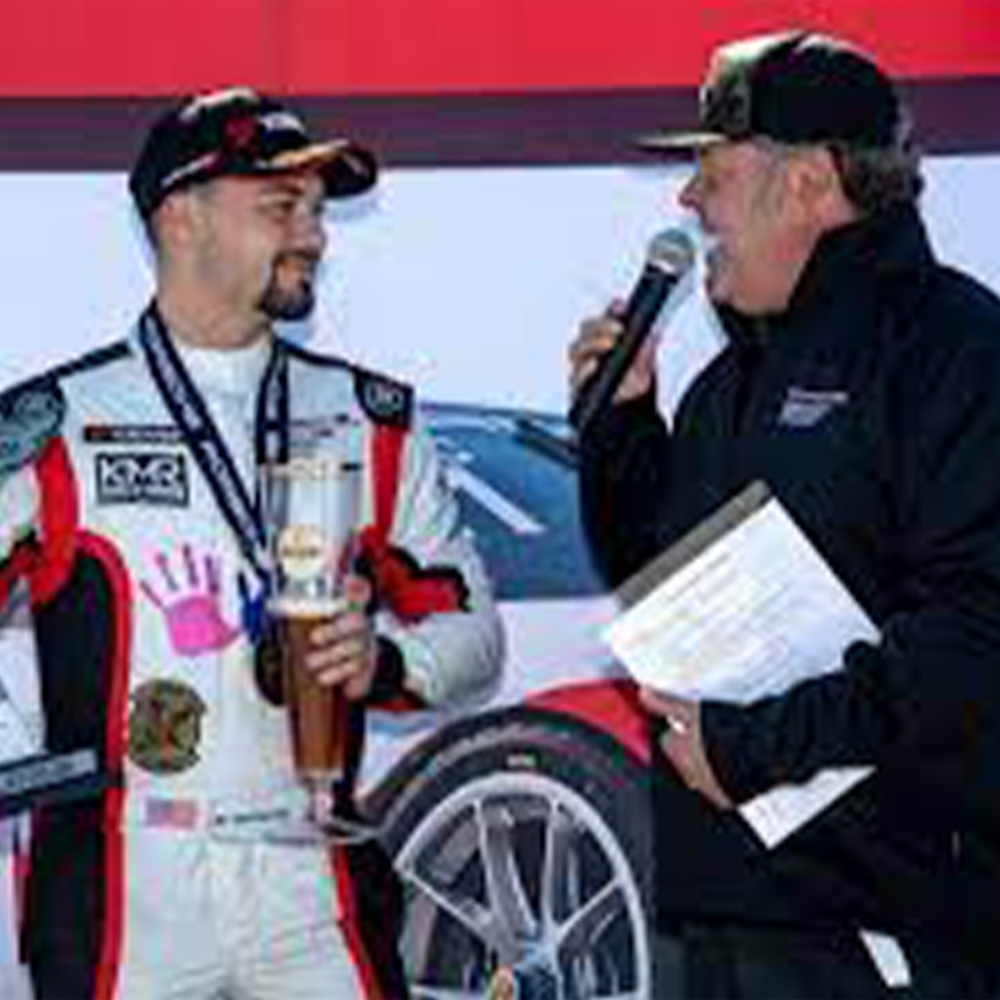 Michael McCarthy returns for his third season with the Kellymoss family. He is an accomplished young driver, with a championship win in the National Rotax DD2 championship, as well as Porsche Sprint Challenge North America Platinum class with Kellymoss in 2021. Michael transitioned into Carrera Cup Pro class competition with a strong season in 2022, and will look to carry that momentum into 2023 for another season in the Carrera Cup Pro class. 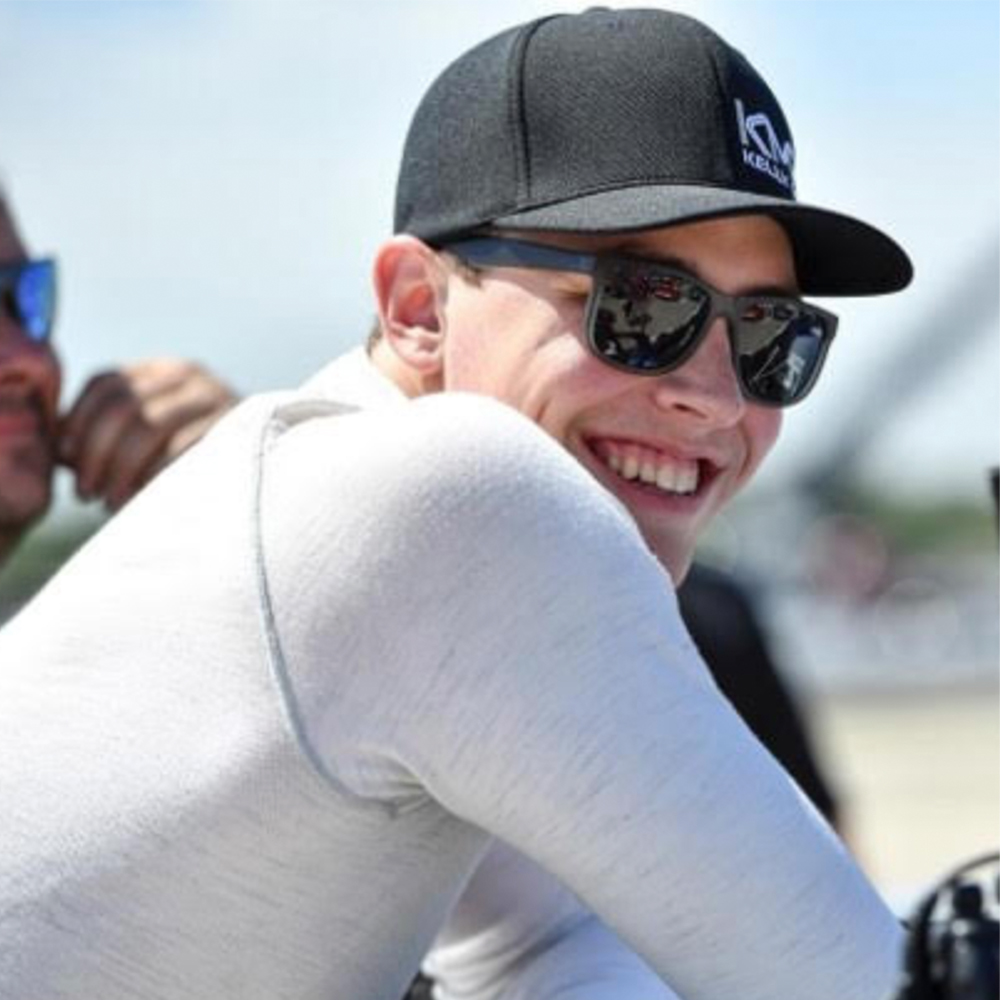 Sean Varwig returns to Kellymoss for 2023 after his debut season with the team in 2022. When Sean isn’t racing for Kellymoss, he fills his time competing in the Spec Miata class in the SCCA, as well as being a full-time student studying pre-med at the University of Iowa. Sean will compete in the Porsche Carrera Cup Pro class this season. 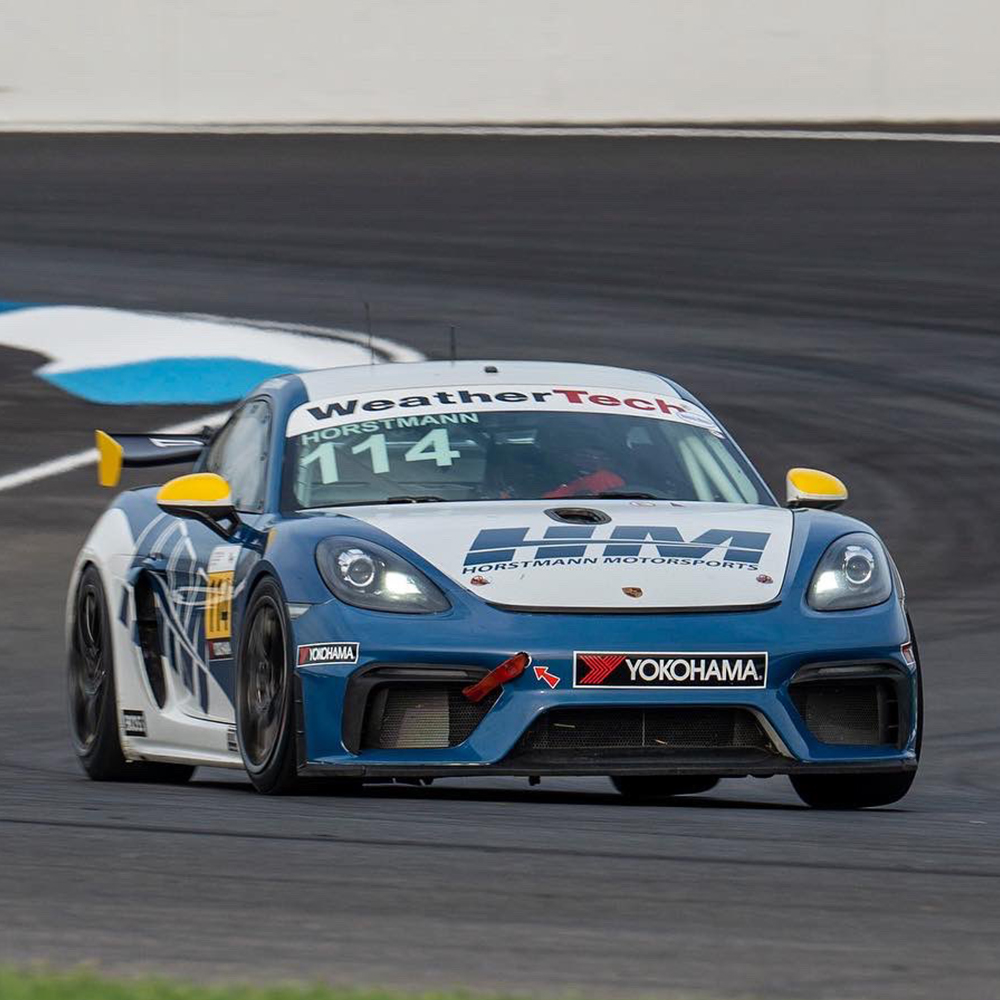 Connor Horstmann joined the Kellymoss family towards the end of the 2022 season, and immediately found success with the team. Connor was able to score multiple wins and pole positions in the Porsche Sprint Challenge North America Cayman class. Connor will move up to the 992 class in the Porsche Sprint Challenge in 2023, where he hopes to build off the successes of last season. 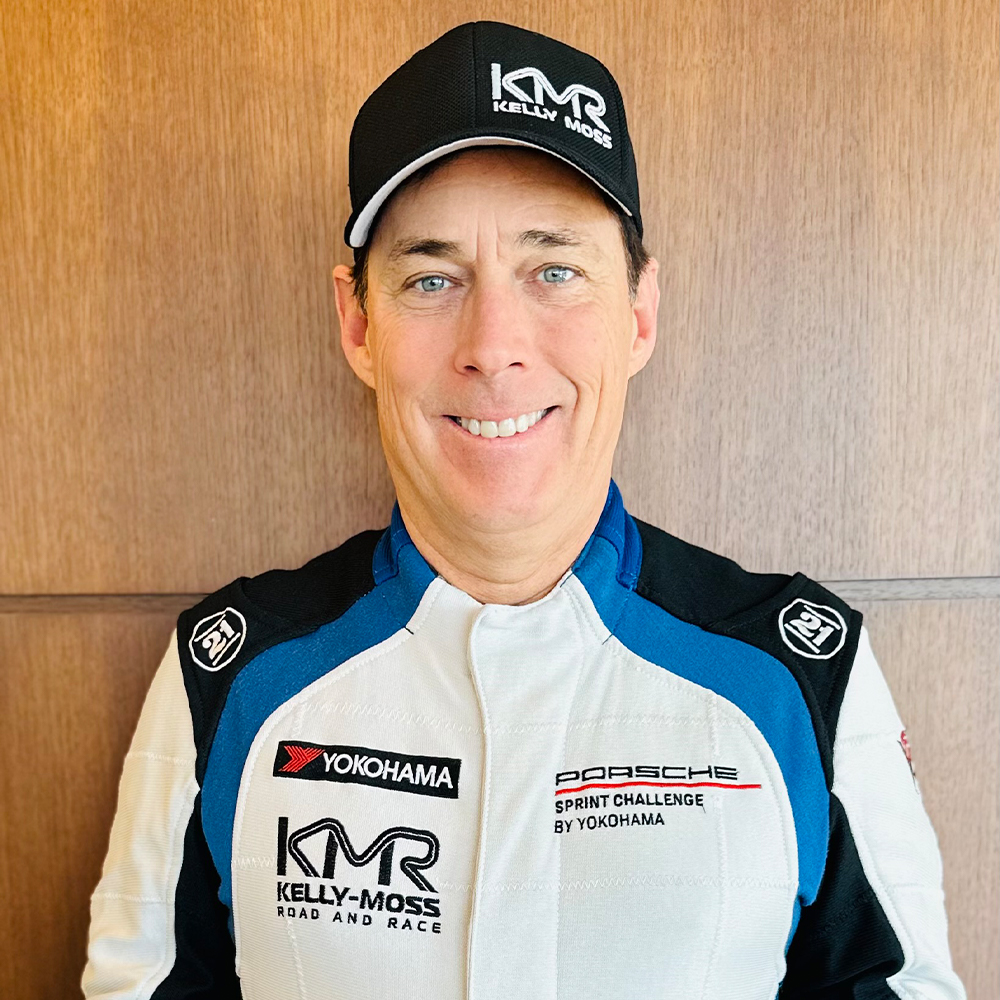 Dan Sibille is a new member to the Kellymoss team for 2023. He is a longtime Porsche enthusiast, and made the transition into Porsche racing in 2019 following a successful career in cybersecurity, competing in the Porsche Trophy West series. Dan will compete in the Porsche Sprint Challenge North America in the 992 Class with Kellymoss. 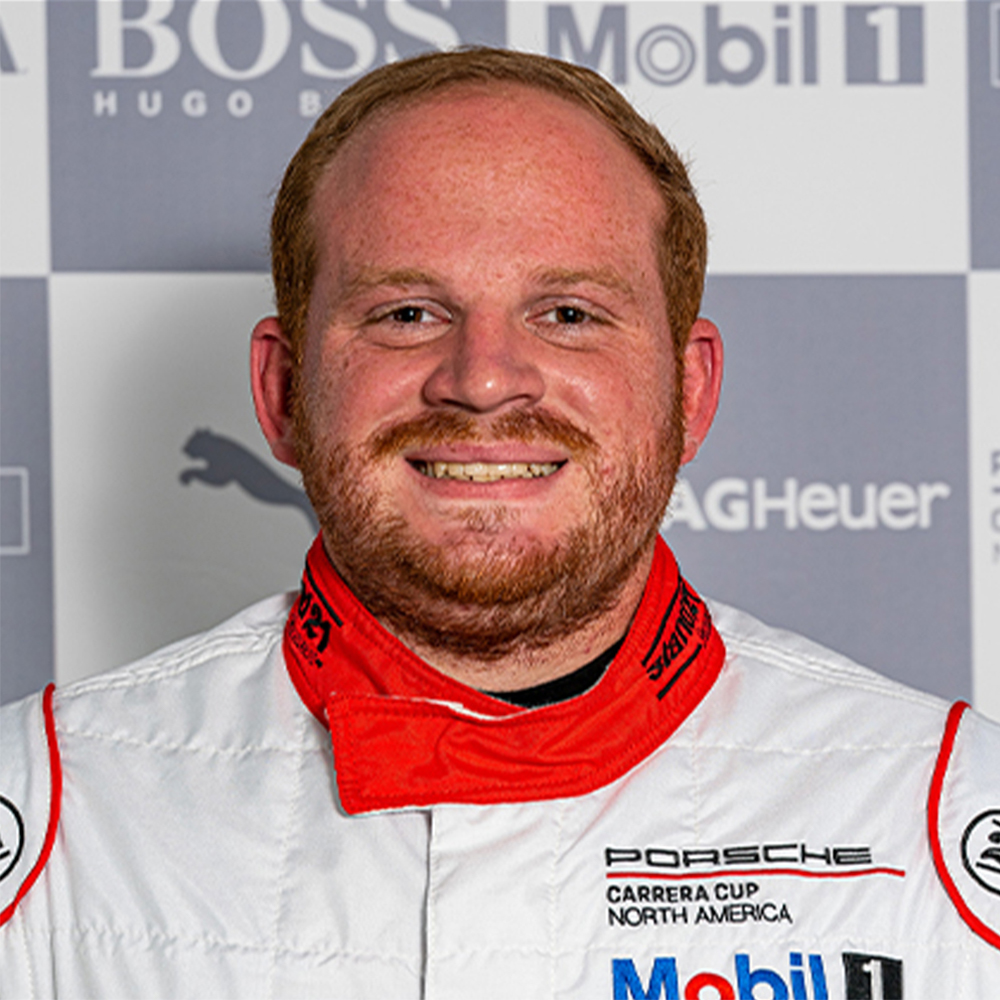 Sebastian Carazo has been with the Kellymoss family since 2020. He is the 2022 Porsche Sprint Challenge North America champion, taking 8 victories, including a win at the Miami Grand Prix. Carazo will take his talents to the newly formed IMSA VP Sportscar Challenge in 2023, driving in the GTX class for Kellymoss. 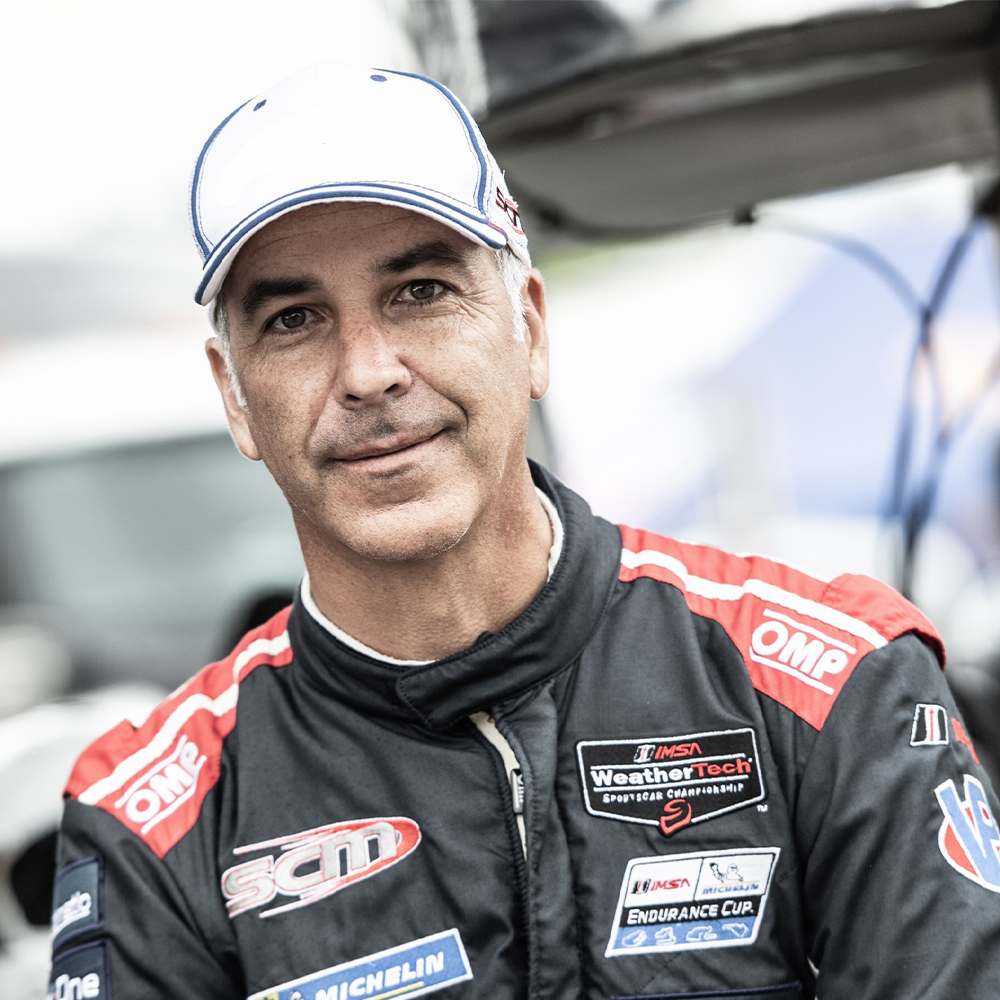 Joao Barbosa is a longtime Kellymoss driver coach, and himself one of the most accomplished international race car drivers currently active. Joao’s accolades include 2 IMSA Championships, 4 IMSA North American Endurance Cup Championships, 4 Rolex 24 at Daytona victories, 4 Watkins Glen 6 Hour victories, and victories at Petit Le Mans and the Sebring 12 Hour. When Joao is not coaching, he is driving in the LMP3 class in the WeatherTech SportsCar Championship. 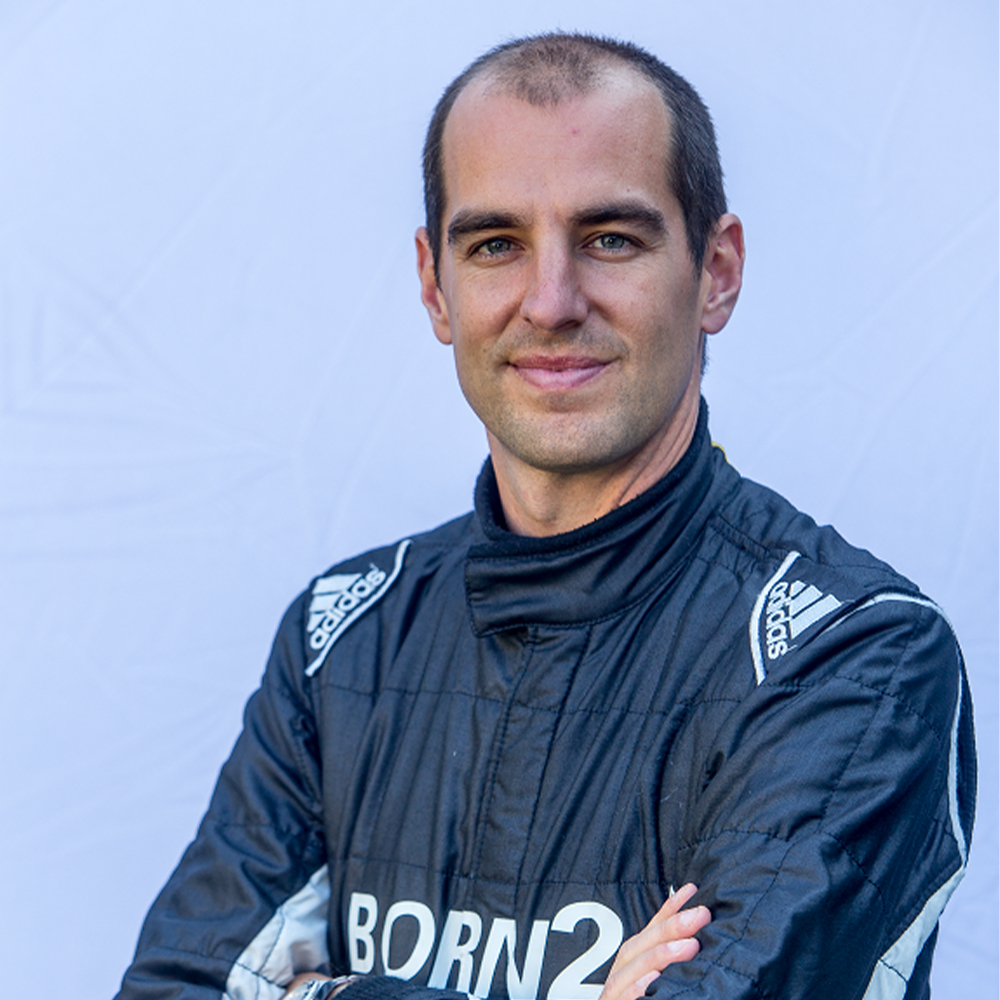 With more than 70 24h races to his name, Kellymoss coach Jeroen Bleekemolen is one of the most experienced sportscar drivers in the world. Jeroen has victories at the 24 Hours of Le Mans, 24 Hours of Nurburgring, 12 hours of Sebring, and Petit Le Mans, as well as championships in Porsche Supercup, the American Le Mans Series, and IMSA North American Endurance Championship to his name. He will join the #92 Kellymoss with Riley Motorsports Porsche 992 GT3R in the GTD class at Daytona. 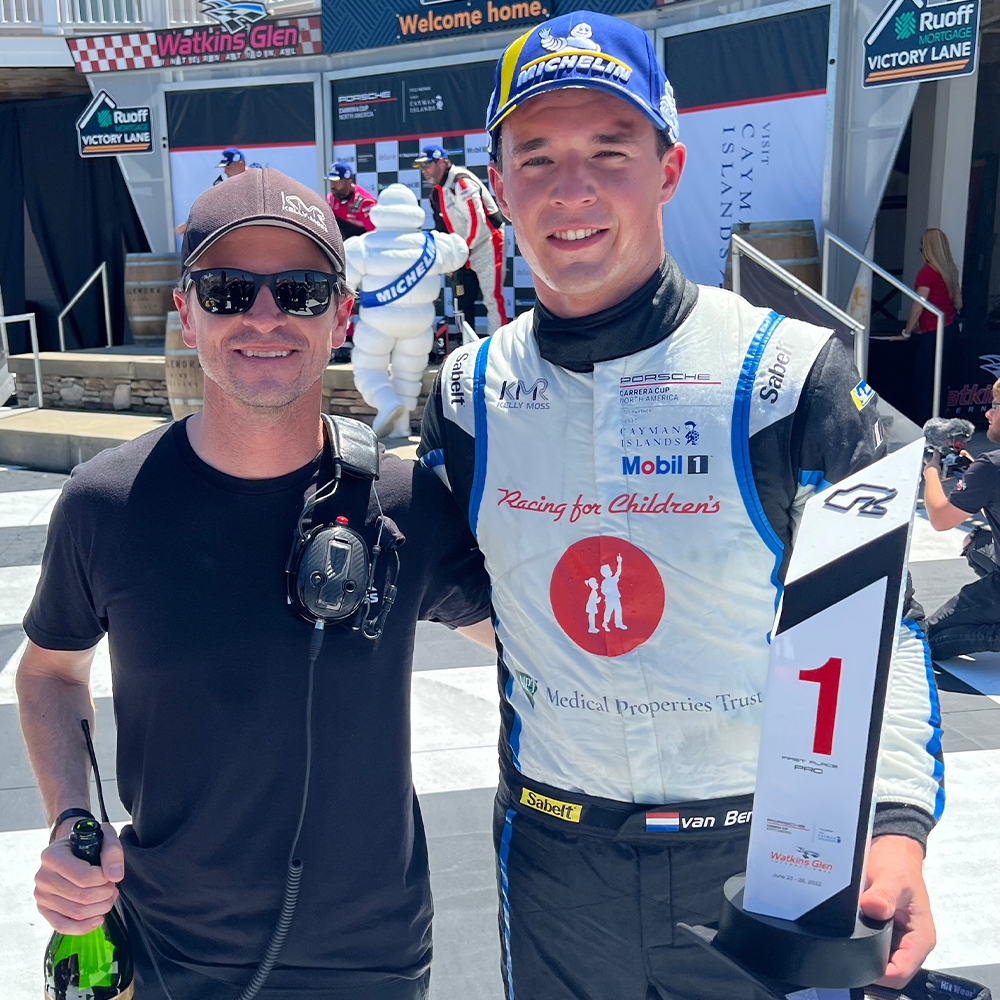 James Gue is another longtime Kellymoss coach, with decades of experiences both coaching and driving. James’ accolades include wins in the 24 Hours of Daytona, 12 Hours of Sebring, and Watkins Glen 6 Hour, as well as an IMSA North American Endurance Cup Championship. James will return to the team for another year of driving coaching in 2023. 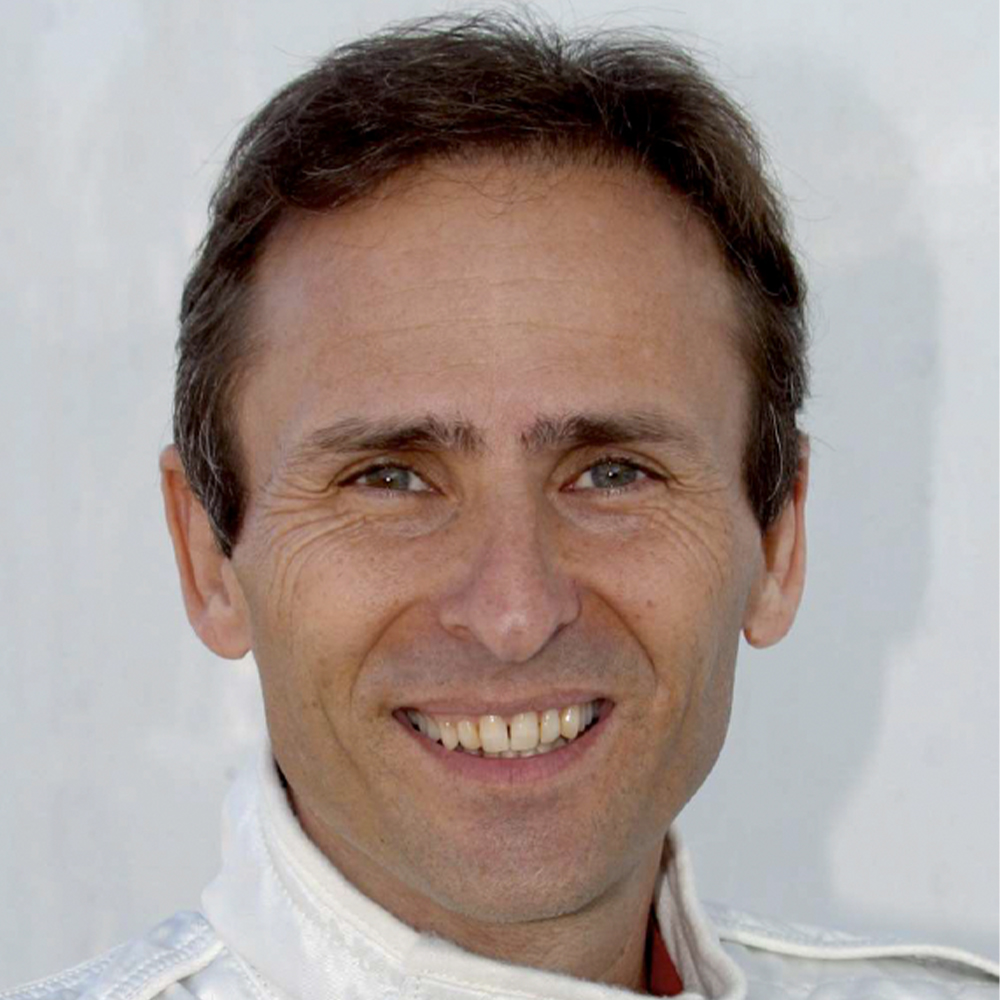 David Murry is an alumni of the Kellymoss family. David was one of the first drivers to have driven for Kellymoss, competing for the team in the IMSA Firestone Firehawk series and American Le Mans series. Today, David owns and operates David Murry Track Days, which provides private testing opportunities for professional racing teams.

Want to join the team? 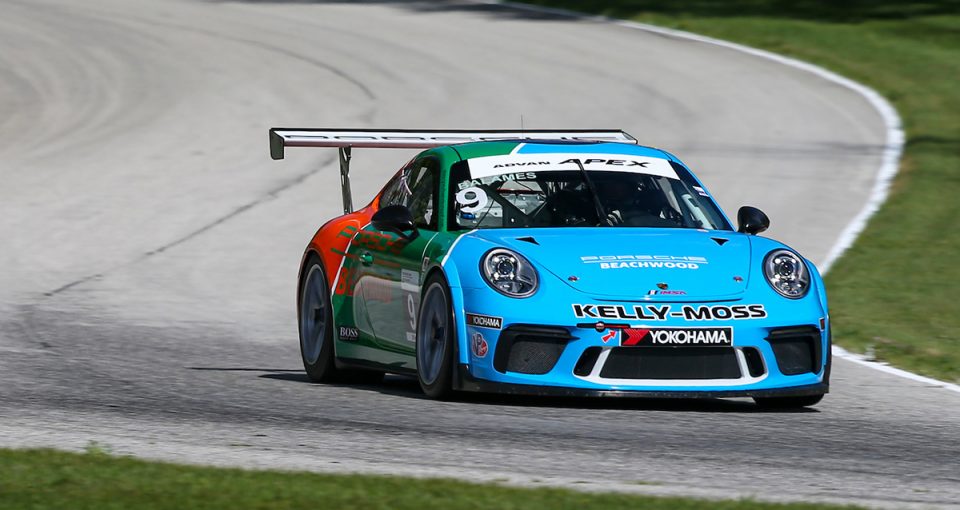